The Geoweek 2018….. Once again, a big success, and a bigger and a more resounding success. With over 600 school children and over a 1000 other participating, it was indeed a resounding success. Increased participation, increased awareness and an increasing acceptance of CERG… and of our objective to build Geoscience awareness…and importance of Geosciences in every man’s life.

As you are aware, Geoweek is a weeklong event conducted annually by the Centre for Education & Research in Geosciences (CERG), under the auspices of the “Geoscience for All” initiative – translating information on Earth science into a language and learning that can be understood by the common man. Geoweek 2018 was conducted in association with the International Institute for Information Technology (I2IT), Hinjewadi, Pune and Fergusson College, Pune,

Prof. Pawar evinced keen interest in the school Earth science projects and expressed his deep appreciation toward the students from different schools who participated in the Inter-School Earth Science Contest – The Geolab 2018. Prof. Raghavan lauded the efforts of the organisers and the young volunteer team and expressed that the Geoweek 2018 should soon become international in nature. The inaugural session was attended by over 200 students from different schools and others from all walks of life including some Japanese research scholars. The first, and second prizes were won by Bishop’s Co-ed Kalyaninagar and St. Vincent’s respectively for their projects on ‘Stalactites and Stalagmites’ and ‘Soil erosion’. The third prize was shared by Children’s Academy High School and the Rabindranath Tagore School of Excellence for their projects on ‘Landforms’ and ‘Ocean Ecosystems’ respectively.

A two-day workshop on Discover GIS – “Open source GIS – “ Open Source applications in Monitoring, Evaluation and Research” was also held on 11th & 12th October at the I2IT. Prof Rajesh Chowdhary of I2IT and Natraj Vaddadi of CERG were the faculty for the workshop. The workshop was attended by 45 participants some of which were out-station candidates. The workshop received a very positive feedback.

The highlight of the event were the exhibits from the personal collection of minerals, fossils and semi-precious stones of Mr. M.F. Makki, who has collected these over the last 50 years. The display included samples from Bolivia, Morocco, Mexico and many other places from the world. Mr. M.F. Makki also delivered a very interesting talk on ‘Fascinating & Colourful world of Minerals’ after the inauguration. The exhibition was open to all, from Monday 8th Oct 2018 to Wednesday 10th Oct 2018 from 10:30 am to 7:00 pm.

The Instagram Photography contest evinced keen interest and a very active participation. More than 400entries were received from different parts of the world for this International Photo contest . 27 short listed entries were displayed from which the top three were chosen.

The valedictory function of the Geoweek was held on Saturday, 13th October 2018 at 5:30 pm at the Firodiya Hall, DES Law College, Fergusson College Campus, Pune. Mr. Pradeep Chellappan, Consulting Geologist, and adjunct faculty at Wadia College, delivered a talk on ‘Story of Oil’, which was followed by prize distribution to the winners of the GeoLab 2018 Inter school Earth Science competition. Dr. P. Krishnamurthy, retired Regional Director of Atomic Minerals Division, was the Chief guest at the function.

He gave away the prizes to the school children, for their excellent work on the Earth Science projects. In his address, Dr. Krishnamurthy complimented CERG on its awareness building activities and wished that such activities will continue in the future. Prof. S. Rajaguru, former Director of Deccan College, Pune and Shri Sekhar Sarkar, retired DDG – Geological Survey of India were also present on the occasion.

This site uses Akismet to reduce spam. Learn how your comment data is processed.

GLIMPSES OF OUR PAST EVENTS 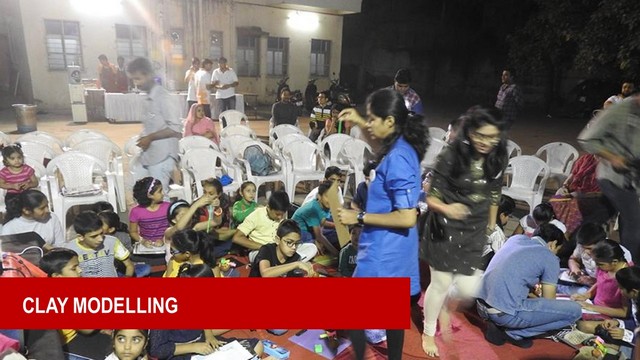 Earth Science encompasses many areas and explores the interrelationships between human activity and the earth (Geosphere). ‘Geoscience for All’ is a volunteer initiative of professional Earth Scientists to promote Earth Literacy – translating information on Earth science into a language & learning that can be understood by the common man. The activities include awareness and outreach programs like exhibitions, film shows, & talks.

By combining Openness and Open source principles, we aim to become a very active community of educators, researchers & students who advocate, support, promote and collaborate in projects related to the enhancement of literacy and education in Earth sciences in local communities and society at large. This is done through training, workshops, teacher training workshops, consulting, and outreach programs.

Geographic information systems and GIS technology have wide reaching applications in providing solutions to societal needs like land use, spatial demographics, natural resource assessments. At CERG, we use a participatory approach and work towards the integration and use of Open Source principles and Open Source Geospatial solutions to help improve the quality of life and build local communities that are pro-active.